Section 2709 permits certain FBI officials to issue national security letters (“NSLs”) to communication providers requesting the telephone call data and other “electronic communication transactional records” of a “person or entity” by certifying that the records are “relevant to an authorized investigation to protect against international terrorism or clandestine intelligence activities,” provided that “such an investigation of a United States person is not conducted solely on the basis of activities protected by the first amendment . . . .” 18 U.S.C. § 2709(b)(1). No judicial approval is required. An NSL may be opposed only by the service provider, which ordinarily is prohibited from disclosing that it has received the request. 2 18 U.S.C. § 2709(c).

From this perspective, which was adopted by the FISC, communication transactional records need not have even a minimal substantive connection to an investigation to be “relevant;” all telephony metadata is “relevant” simply because “the terrorists’ communications are located somewhere in the metadata.”In reApplication of the Federal Bureau of Investigation for an Order Requiring the Production of Tangible Things from [Redacted], BR–1309, at 21 (FISA Ct. 2013) [hereinafter “FISC Order”]. See also Privacy and Civil Liberties Oversight Board, Report on the Telephone Records Program Conducted Under Section 215 of the USA PATRIOT Act and on the Operations of the Foreign Intelligence Surveillance Court 60–80 (January 23, 2014) (critiquing this broad interpretation of Section 215’s relevance standard)

Section 215 orders “may only require the production of a tangible thing if such thing can be obtained with a subpoena duces tecum . . . or with any other order issued by a court . . . directing the production of records or tangible things,” 50 U.S.C. § 1861(c)(2)(D). An NSL is a type of administrative subpoena. Gov’t’s Opening Br. 5; President’s Review Group on Intelligence and Communications Technologies, Liberty and Security in a Changing World 24 (2013) [hereinafter “President’s Review Group Report”].5 The FBI thus seems likely to adopt a similarly broad interpretation of Section 2709’s relevance standard. Indeed, the FBI has used Section 2709 to obtain “community of interest” or “calling circle” data in the past. Department of Justice, Office of the Inspector General, A Review of the Federal Bureau of Investigation’s Use of Exigent Letters and Other Information Requests for Telephone Records 54–63, 75 (2010). 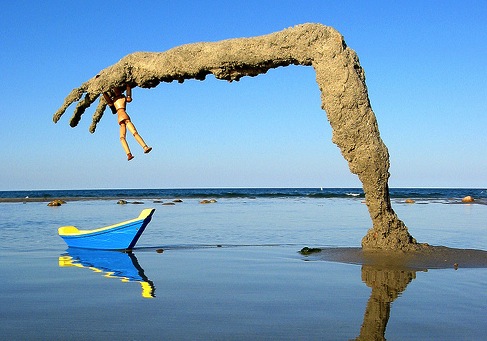 Moreover, unlike records obtained pursuant to Section 215, records acquired using NSLs are not subject to judicially-imposed minimization requirements. Section 215 orders must “direct that minimization procedures” be followed. 50 USC § 1861(c)(1). Thus, the orders authorizing the bulk telephony metadata program require intelligence officials to determine, before querying the data, that “based on the factual and practical considerations of everyday life on which reasonable and prudent persons act, there are facts giving rise to a reasonable, articulable suspicion (RAS) that the selection term to be queried is associated with [a particular foreign terrorist organization].” FISC Order at 7. Section 2709 imposes no such standard, permitting acquisition and use of particular individuals’ communication records based on mere relevance.

Section 2709 pays lip service to the First Amendment by prohibiting demands for records “relevant to an authorized investigation” if that investigation is “conducted solely on the basis of activities protected by the first amendment to the Constitution … .” 18 U.S.C. § 2709(b)(1) (emphasis added). That standard not only is weak, but, by focusing on the purpose of the investigation, it takes no account whatsoever of collateral burdens on the First Amendment rights of those whose communication records are collected.