Why Authors Win Even if Authors Guild Lost

The Authors Guild may have suffered a major loss today when the Second Circuit Court of Appeals ruled against its copyright infringement lawsuit against HathiTrust. But the HathiTrust win is an important victory for authors who write to be read and want readers to know their works exist.

The Second Circuit ruled that digitizing books for the purpose of enabling researchers to find information contained in books in the HathiTrust digital library is a fair use. With the aid of HathiTrust’s technology, a researcher can make a query, for example, to find out how many of the 10 million books in the HathiTrust corpus contain references to anaphylactic shock. HathiTrust does not display the contents of in-copyright books responsive to such a query, but it does inform the researcher of the page numbers of books in physical library collections that are responsive to the query.

To put the point more simply, the court ruled that it is not copyright infringement for libraries to digitize works for the purpose of helping researchers find pertinent books. Authors of research library books often spent years writing them with the goal of sharing the knowledge and insights they contain with interested researchers. That knowledge can now be found in HathiTrust instead of moldering away unread in the physical stacks of research libraries.

One of the key questions before the Second Circuit was whether digitizing in-copyright materials to enable text searches could be considered “transformative.” The Supreme Court had endorsed the idea that uses were more likely to be fair if the defendant made “transformative” uses of copyrighted works in its 1994 Campbell v. Acuff-Rose decision, which involved a rap parody of Roy Orbison’s “Pretty Woman” song.

The Authors Guild argued that digitizing books from research library collections was non-transformative because it did not result in the creation of a new work that drew upon the prior work, as 2LiveCrew’s song “Pretty Woman” did on the Roy Orbison song.

In support of its claim that its use was transformative, HathiTrust relied on some Ninth Circuit cases that decided that search engines had made transformative uses of images available on the open Internet when making small-sized “thumbnails” so users could see what images were responsive to their queries.

The search engines’ purposes were so different in function from the originals that the uses were transformative within the meaning of the Campbell decision. Im
portantly, the search engine thumbnails did not harm the market for the originals; it merely pointed to where the originals could be found. The court recognized that search engines might very well help copyright owners find new customer

The Second Circuit in HathiTrust decided that “the creation of a full-text searchable database is a quintessentially transformative use.” Results of word searches are “different in purpose, character, expression, meaning, and message from the page (and the book) from which it is drawn.” Indeed, “[f]ull-text search adds a great deal more to the copyrighted works at issue than did the transformative uses” approved in others of the Second Circuit’s fair use cases. The Second Circuit also expressly endorsed the Ninth Circuit search engine cases.

Although whole books were copied, which would ordinarily count against fair use, the court recognized that it was “reasonably necessary” to copy book contents in order to create a full-text searchable database. Thus, the copying was not “excessive or unreasonable in relation to the purposes identified by the Libraries and permitted by the law of copyright.”

The court observed that full-text searching “poses no risk to any existing or potential traditional market” for the works at issue in the case. The Authors Guild had not been able to identify any quantifiable market 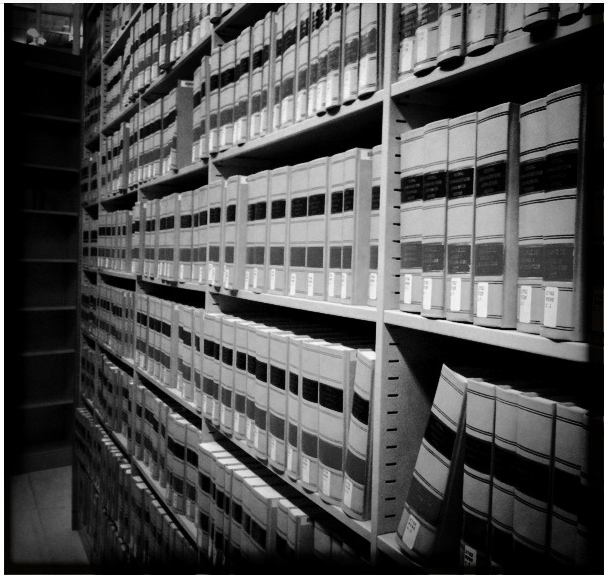 harms, and the court regarded its theories of market harm as too speculative to matter.

Also fair use under the HathiTrust decision was the making of the full texts of in-copyright works in the HathiTrust corpus accessible to print-disabled people. Sighted persons already have the ability to read books in the physical collections of libraries, but print-disabled persons cannot do so. The Second Circuit noted that the legislative history of copyright law and through adoption of the Americans with Disabilities Act demonstrated that Congress wanted print-disabled persons to have more access to copyrighted materials. So HathiTrust’s second use was fair. Authors will get more readers because of this too.

A third purpose that HathiTrust claimed was fair was having digital copies of research library books to preserve the works for future generations. The trial court had been persuaded by HathiTrust’s fair use for preservation defense. On this issue, the Second Circuit was more equivocal. The court seemed to accept part of the preservation rationale, but insofar as HathiTrust intended for a digital copy to serve as a replacement copy if the physical book was destroyed or stolen, the appellate court thought that the lower court did not have enough information to rule on the replacement as fair use issue.

It remains to be seen how the Second Circuit will rule on a very similar infringement claim that the Authors Guild has made against Google for the scanning of millions of the very same books as in the HathiTrust case.

The most salient difference between the HathiTrust and Google cases is that HathiTrust does not display any contents of the books responsive to search queries, whereas Google serves up three short snippets of text from most in-copyright books in the 20 million Book Search corpus.

Most of us who had been following the HathiTrust and Google cases closely had been expecting that the Second Circuit would hold off ruling on the HathiTrust case until after that court had heard the Authors Guild appeal in the Google case (which will likely happen in the fall). While snippet-view and the more commercial nature of Google’s operations may have some significance, Google has reason to be cheerful today.

For members of the Authors Alliance and many other authors, Book Search is an important tool that enables them to find readers far beyond the user base of the HathiTrust digital library. Here’s hoping the Second Circuit agrees with the lower court’s assessment that snippet views are more likely to help than to harm demand for the works of authors whose texts contain knowledge that users want to find.